Just ten minutes to the west is Valley Forge National Historical Park, a revered memorial to the suffering, sacrifice and steeling of the American Continental Army commanded by George Washington through the bitter winter of 1777 during the Revolutionary War.   Ten minutes to the north is the original home of Henry Melchior Muhlenberg, Patriarch of American Lutherans, whose son Rev. Frederick Augustus Muhlenberg was the first Speaker of the U.S. House of Representatives and whose home, called “The Speaker’s House”, is preserved nearby.  Close to it is the grave of his brother Peter, a preacher who served as a general in Washington’s Army. (He finished a sermon in 1776 from Ecclesiastics 3…”To everything there is a season, a time for every purpose under heaven”…concluding with “there is a time to fight, and that time has now come!”  He then proceeded to take off his pastoral robes exposing a militia uniform.  Three hundred men in his church joined the Continental Army that day.)

A half hour to the south in Delaware County is the home of Anthony Wayne, Revolutionary War hero who, while not so called at the time was effectively America’s first Chairman of the Joint Chiefs of Staff.  Valley Forge Military Academy is now in Wayne.  A little further south is Chester, Pennsylvania, which was named after Chester, England, the home of King Arthur’s Round Table.  The former Pennsylvania Military College, now Widener University, is located there.  Many other fine, well-known colleges and universities have been established in this area.

Forty minutes to the southeast in Philadelphia are sites of great historical significance to this nation and to the world:  Independence Hall where the Declaration of Independence and the Constitution were signed; the Liberty Bell; the homes of Betsy Ross and one of Philadelphia’s most famous citizens, Benjamin Franklin—writer, printer, diplomat, scientist, inventor, postmaster and founder of the first fire department, first university (University of Pennsylvania) and early libraries.

Forty minutes to the northwest is Berks County, Pennsylvania, where one of the first high quality long rifles, later known as the Kentucky Long Rifle, was made by German and Swiss immigrants.  Daniel Boone made his home there at one time.  The area is known for its part in the Underground Railroad and for its rich Pennsylvania Dutch farmlands.  Abraham Lincoln’s great-great-great grandfather, his great-great grandfather and his great-grandfather lived there.  It is part of the area settled by Germans from the Palatinate Region of Germany.  (This German region was one of the primary states of the Holy Roman Empire and was named for the “Hill of Palaces”, one of seven hills Rome was built on, because so many of the Christian administrators and members of the Roman Field Army for ruling France and Germany lived there.)  These people came over as refugees after a war with France.  The French not only defeated the Germans living in the Palatinate but killed many of their best men, burned their houses and towns and drove a good percentage of them to England, an ally.  They then came to Pennsylvania, beaten and disposed of everything but their faith and history.   Also prominent in the area are the Amish and Mennonites.

Pennsylvania, or “Penn’s Woods”, was named for William Penn, a Quaker whose family was owed a large sum of money by the King of England and who used the debt to obtain a land grant so people of his Spirit-filled denomination could have a place to worship God as they pleased in the New World.  Penn not only created a haven for Quakers; all religions were allowed to settle there without being discriminated against--a first in the colonies.  William Penn also treated the native Indians with respect by buying the land from them that the King of England had already given him.  This was called the “walking purchase” where, while entitled to walk all day to measure the amount of land he had already paid for, Penn stopped at noon and said it was enough.  The local Indians revered Penn and used him as a standard by which to measure other men by saying that a good, moral man was “a man like Penn”.  (A present-day result of Penn’s religious tolerance policy can be seen in the 2010 US census.  The population of Pennsylvania was 12.7 million of which 6.8 million belonged to an organized religion.  Of those, 51% were Roman Catholic; 1% were Orthodox; 29% were Mainline Protestant; 16% were Evangelical Protestant and 3% were other Theology.)

All the locations mentioned above plus much of Delaware—the first state to ratify the Constitution--are within the listening area of WFYL.  All of them bring to mind God’s faithfulness in our history and the faith, courage, character, diversity and industriousness of our citizens.  Trinity Associates Broadcasting, LLC, will seek to honor and continue that heritage with excellent programming and local and national coverage to inform and inspire our listeners.  Remembering those who’ve gone before while trying to lay a foundation for our children and others who come after us, we and they, with God’s Help, can hope to achieve even greater things in the future. 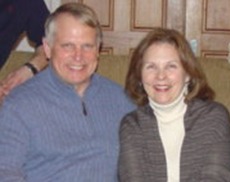